Many of us do believe that our world is collapsing slowly due to climate changes. And there are some who believe that we are just going through a phase, like the past. Remember when Earth began to evolve, we had three atmospheric make overs. The last one was the one we have now, downgraded. The weather today is not anything like when Earth started. Over billions of years, we as humans have interfered with the weather cycles to make it harder and harsher. We no longer relate, no longer care, and no longer love our atmosphere gifted to us. We want God to take care of this. The land, the sky and the people living in the land are one family, one community, just like our family. Destroying our land, polluting our sky, and harming the people who live on Earth is the same as harming our immediate family. If we choose not to harm our immediate family, why harm our extended family?  Because we are separated, we separate ourselves from the land we live in, from the sky that protects us and from the people with whom we share the land and sky. Our belief that somehow climate will work itself out is again primitive. We have gone singular; we should have gone plural. Our climate will not get better, till we get better.

We have so many languages spoken all over Earth. Each language brings its own peculiar accents and intonations. English in UK is spoken very differently in Australia. English in Australia is so different from how Americans speak in US. Canadian English is a mix of US and UK accents, rolled into a hybrid form. Does this make one part of the world better than the other? Is accent, dialect and tone such valuable titles to own? I wonder what accent, dialect and tone is connected to love, joy, and peace? I get it, they are not spoken, only felt, so, the absence of an accent, really does not matter. Interesting to note that only words need titles, not feelings, only humans speak words. Hm!  And in our world today word is spoken more, and feelings are felt less. Time to change folks, feel more, speak less.

We hunt, gun, and kill birds and we have been doing this for many centuries. Again, taking a life has no meaning when we cannot create one. It could be argued that if we are able to gun down a human life, it becomes quite easy to gun down a bird. Somehow, we seem to be extremely comfortable with a gun when it is meant for another life, not our own. Birds, like animals and like humans share the land we live in. They depend on humans to protect them, give them a safe environment to live in. Instead of doing this, we murder them denying them any chance to live a full life. Where is the Birds Me Too Movement, where is Bird Lives Matter? For all the birds gunned down every day this is me mourning for all life to be preserved as we preserve ours. We are family, everyone has a desire to live a full life. Inclusion is not meant for humans only, it includes the land we live in, the sky above us, the bird and animals. This is true inclusion in its real meaning.

What we do with birds, we do it with cattle, sheep, and pigs. Today we have approximately three chickens to every human and 0.5 cattle, pigs, and sheep to every human. These animals are becoming more and more extinct due to consumption far exceeding breeding. To add to this, we are eating other exotic animals, allowing unknown viruses to jump from animal to human. COVID19 is a perfect example of this jump. We gun down birds, butcher cattle, sheep, pigs, chickens, and other exotic animals, invite pathogens and animal fat to enter our bodies and we say we are an advanced race. Primitive with a capital P. Wake up Guys and Girls, we do not have much time.

I wonder what right a man has, to shoot, knife or kill another. To take a life is never a high ground. Who amongst us has not done misdemeanors? Who amongst us has not robbed or stolen something that never belonged to us? We are misinformed, often misguided and not well intentioned. Does this mean we need to die? Does this mean we need to be killed? Does this mean we need to be punished? Laws in the human world are meant to keep everyone safe. A violation is not a signal to end life. Re-training and re-tooling are more appropriate measures. If we all simply practice one simple understanding, we will not need any laws at all. End all separation, think we are all one. What is in your best interest is also the same for the other. So, if you will not steal, kill, and harm yourself, why do it to another. No other law is needed for us to live in this world. We are born of divine will, let no one else take this away while we live. To give everyone multiple chances to redeem, repair and remake is compassion at the highest order.Sending people to prison and capital punishment is still not far away from beheading, just a change of tactics. The concept to punish anyone is primitive. Enlightened communities do not do this.

Our world tends to prefer complicated ways to drape our bodies in fabric that at times looks like a cross-over between ancient robes and nudity. We explore themes of cross-dressing and tend to be bi-curious. In winter, tradition dictates that our pets wear jackets. Where are we going with this? Are we so bored that we need to add material to our bodies to make it interesting? Because we have no time to look after our land, our sky, people, birds and animals, we have become obsessed with our bodies. To eat, to dress, to drink and be merry is our mantra today. So, fashion has become an obsession. Obsession takes us away from Inclusion, because it is singular in nature.

Religion and Spirituality are two different things. Religion, marriage, and government institutions the way we have constructed them is what we are talking about. We have revoked God’s name, waved religious flags, and carried crosses on battlefields for centuries. Now that is religious extremism. Spirituality will tell you God’s love is unconditional and unlimited. This all-inclusiveness destroys every one of our religions, the institution of marriage and governmental institutions as well. Spirituality will lift this mask off your face and give you clarity. So, forget about religion, embrace spirituality. At some point all religions will fail because it promotes a fearful God – just like fake news. Conventional religion like communism is being brutally thrust on all of us. And this like communism will fail too. Everything you want to know is inside of you, look in, not look out. 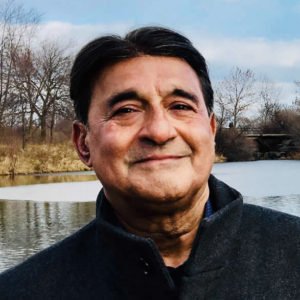